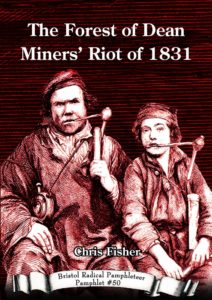 The Forest of Dean uprising of 1831 received scant attention from historians before 1975 when Chris Fisher started researching the subject as part of his MA in history studies at the University of Warwick. His MA dissertation was the first thorough study of the riot and is up to now unpublished. BRHG decided to publish it in its original form as we believe that it provides an alternative and critical insight into the events surrounding 1831.

Fisher argues that the Forest of Dean Riot of 1831 was fundamentally a miners’ riot. He contends that it was the product of conflicts of interest generated after 1800 in the assertion by the State of its claim to rights in the Forest of Dean and the related penetration of, and transformation of, the old free mining coal industry by capitalists from beyond the borders of the Forest. His analysis of the changes in mine ownership reveals that in the years between 1790 and 1830 the mining industry in the Forest of Dean had passed, in the main, from the hands of a relatively large group of working proprietors of small scale co-operative pits into those of a small group of men, mostly outside capitalists, who brought with them the steam engine, deep mining, railroads and iron furnaces. As a result, most of the inhabitants of the Forest became wage earners.

Fisher’s discussion of land use, encroachments and the construction of enclosures reveal that the inhabitants’ opportunities to use the Forest for timber stealing, pasture and cottages had also been curtailed. Tensions were exacerbated by a growing population and an influx of foreign workmen.

Fisher argues that three factors were of critical importance in the processes which brought about these changes; the determination of the State to reassert its control, the expediency for the State of an alliance with outside capitalists and the willingness of some free miners to take on outside capitalists as partners.

Fisher backs his arguments up with critical use of the primary sources and accounts of the riot which often represent differing points of view and places them in the context of the social and economic status of their authors. In doing so he challenges the view presented by some at the time that the rioters were misguided, naïve, ignorant, simple and deluded. On the contrary, Fisher contends that the riot was a clear expression of considerable and justifiable resentment towards the State and the foreign capitalists as they encroached on the free miners’ control of the Forest’s resources. However, he argues the situation was complex as different free miners responded in a variety of ways to the changing circumstances depending on their aspirations and economic status. Fisher explores the fundamental changes that were taking place but considers the outcome, in the form it took, was not inevitable.

Chris Fisher originally worked as a miner in Australia before moving to Britain to study at Warwick University in 1974. After completing his MA in Comparative British and American Labour History, Fisher gained a PhD in Social History in 1978 with his thesis, Free Miners and Colliers: Custom, the Crown and Trade Unionism in the Forest of Dean, 1788-1886, which became a book Custom, Work and Market Capitalism. The Forest of Dean Colliers, 1788-1888, (London: Croom Helm, 1981). The first chapters of Custom, Work and Market Capitalism discuss the causes of the riot in more detail with an account of how the ownership and the use of resources in the Forest between the years 1788 – 1886 were fundamentally transformed in ways which favoured private property, the exchange of commodities for profit and the accumulation for a few at the expense of the labouring many.

Fisher returned to Australia in 1978. In subsequent years he held teaching posts at the Universities of Wollongong, New South Wales and Canberra and research posts with the Australasian Coal and Shale Employees Federation, the Industrial Relations Research Centre at the University of New South Wales, the Research School of Social Sciences at the Australian National University and the Australian Public Service. He has published several books and articles about labour history and industrial relations. He became a grain and sheep farmer at Temora in New South Wales from 1986 to 2018. He is now retired.

In 1986 Ralph Anstis published Warren James and Dean Forest Riots (Coalway, Coleford, Self-Published) which has become the most popular and widely read account of the events surrounding the 1831 riot. In the second part of his book, Anstis provides a detailed account of the trial of the rioters and Warren James’ imprisonment, transportation to Tasmania, ill-treatment and finally death at the age of 49 in 1841.

Both Anstis’s and Fisher’s books became out of print and difficult to source and so Breviary Publications reprinted Warren James and Dean Forest Riots in 2011 and Custom, Work and Market Capitalism in 2016. 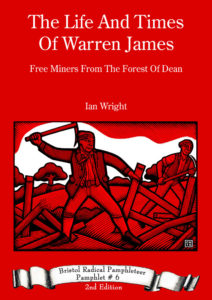 Buy this pamphlet from here:                  https://www.brh.org.uk/site/pamphleteer/the-life-and-times-of-warren-james-free-miner-of-the-forest-of-dean/ 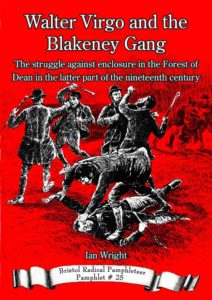 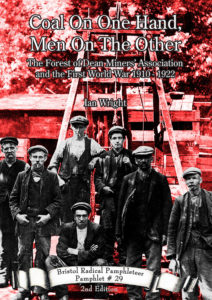 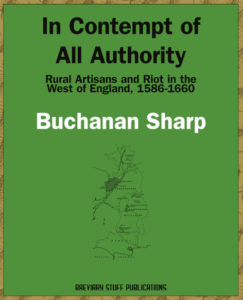 Buy this book from here:      https://www.breviarystuff.org.uk/buchanan-sharp-in-contempt-of-all-authority/ 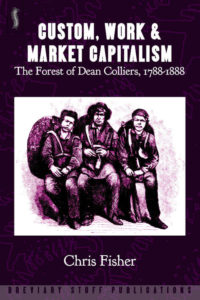 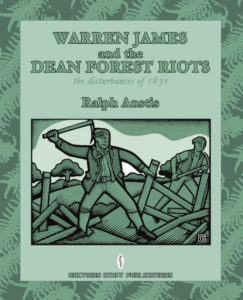